Relaying a message to an audience via audio and visual techniques has always been the goal in our industry. We - along with our arsenal of tricks, tools and toys - are the conduit through which that message flows. The message may be from the CEO as she is rallying her troops about the upcoming year. Maybe its the CFO - who is almost giddy while bragging about 4th quarter profits - or the guest speaker is delivering an inspirational story to attendees.

The conduit could be complex visuals as in multiple graphics, presentations and videos on large screens or something as simple as a flipchart. Once, in the middle of a presentation, the leader of a large firm asked the AV crew at the tech desk for a flipchart. One of them quickly responded and placed it on stage. The speaker - a more seasoned businessman - turned to the audience and said, “I learned a long time ago that if you can’t say it by just using a flipchart, it probably doesn’t need to be said.” Well, that may or may not be true but the fact is that, in one way or another, the message needs to be relayed efficiently. 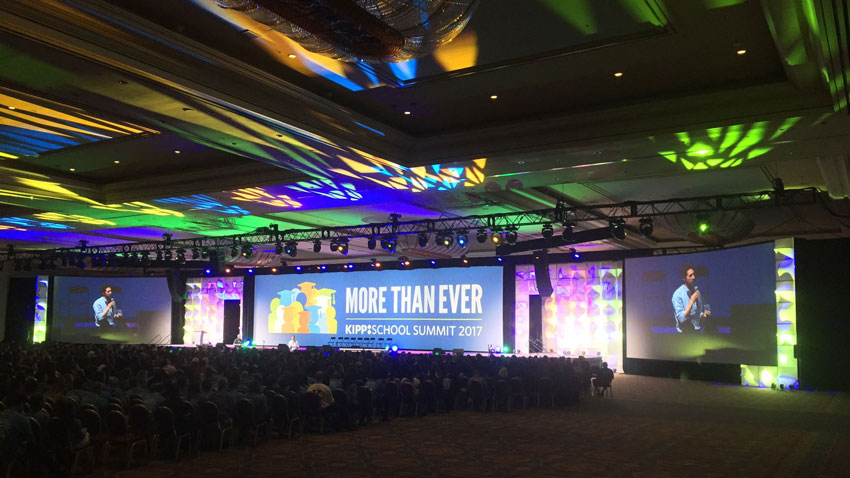 Over the past few years, advances in technologies have been incredible. We have more tools now at our disposal for passing along those messages. Simple printed graphics are quickly becoming a thing of the past with interactive and digital displays taking their place. 4K displays, virtual reality (VR) and augmented reality (AR) are becoming more common at meetings and events as suppliers are able to offer these displays at a more affordable price. Videos are the new text when it comes to conveying a message.

Streaming slides and videos directly to the attendees' tablets and phones is another great method of information delivery. Immersive audio has become a reality and is being utilized in large venues.  Live streaming and social media integration are present at most tradeshows and conferences now. LED walls and video mapping have become essential tools for the AV team - not to mention the visual stimulation provided by modular set design and enhanced LED lighting.

We’ve come a long way since overhead and 35 mm projectors. One thing remains the same… there’s a message our client needs to convey and we’re the channel through which it flows.